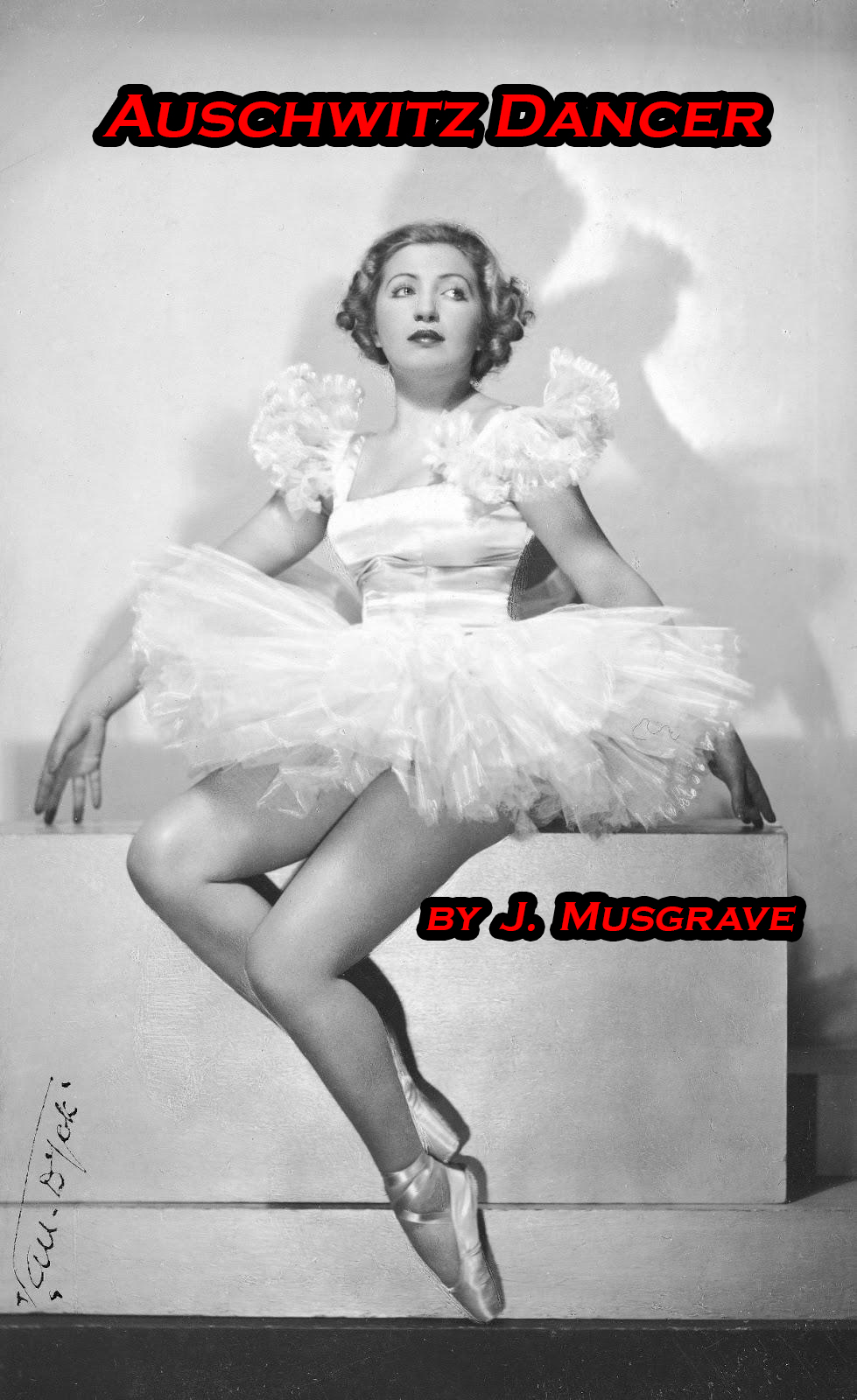 Here’s the free story of my protagonist, Frankie Mann (Mannheim), a ballet dancer with supreme courage.

This story is about how her new adventure began, and it ends happily (for now). But on the horizon is the Apocalyptic shadow of the Herr Soul Master: I am the Auschwitz Dancer, Francheska Mann, former ballerina, who was shot and killed by machine gun fire on October 23, in the women’s locker room outside the Zyklon B gas showers. I was twenty-six when I died. In this game, they all call me “Frankie.”

The competition in this quantum dimension, which is frozen in the month of October, 1943, is to redeem myself by joining lovers who were separated by fate. With every couple I can re-unite, I can come closer to my own love, my husband, Marek Rosenberg, who is being held by my nemesis of life and death, the Nazi’s supernatural ubermensch, Herr Soul Master.

The ultimate goal is to defeat Herr Soul Master and return the Earth to its natural time and place.

Here’s a nice review of my free story, Auschwitz Dancer from one of my fans, Tania Perry, who lives in Israel:

He does it again! Takes something from history/current affairs and sprinkles on some occult to create a provocative tale. The symbolism of the butterflies should not be missed (look up ‘I Never Saw Another Butterfly’).

While this story is somewhat light in tone, it carries a very serious message. Frankie’s mission is to bring together husband and wife in Auschwitz for a conjugal visit to consummate their recent marriage. This is the best revenge against Hitler – to create more Jews!

I’m reading this on Erev Yom HaShoah (the day prior to Holocaust Memorial Day) in memory of my late father-in-law whom I never met as he passed away before I met my husband. He was in the Lodz ghetto as a teen then in three camps. On one march, he fell off to the side and refused to get up. Two men picked him up and told him that he must live to tell the tale and to start a Jewish home. They literally saved his life; both physically and spiritually He survived, married, became frum, made Aliyah (moved UP to eretz Yisrael), lived out his days & is buried in the holiest city on earth, Yerushalayim), and every single one of his descendants are in Israel (the third and fourth generations are all sabras).

His story is on record with Yad Hashem, the world’s foremost Holocaust museum and archives. May the neshamas (souls) of all victims and survivors have an Aliyah.

If you read this free story (self contained) and subscribe to the serial, you’ll receive three chapters in your first episode.

This is a great serial for Halloween, as there are monsters in this parallel dimension created by the ubermensch, Herr Soul Master. You’ll get to know a few of these creatures in the first episode for $1.00. The monsters will keep on coming in monthly installments.