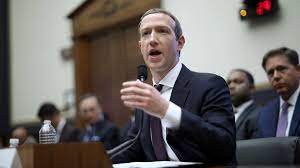 Here’s what I wrote about “Meta” Facebook over on my other social platform (WT.Social) where I can post things and not be banned:

I imagine this is pretty much a boilerplate kiss off letter to employees of any technology giant, like Meta, but from an existential viewpoint, I saw this coming a long time ago, as I imagine most “informed users” did.

I worked at Caltech’s Industrial Relations Center in the 80s, and we hob-nobbed with all the CEOs of companies without “Big Tech” existing. Guys like Peter Drucker and certainly Alvin Toffler (Future Shock, etc.) always preached about how “information was power.”

And so, the non-college high tech gurus made it happen. However, Zuckerberg used to develop Facebook in his Ivy League dorm room as a way to meet the best looking women on campus, and he just “spread that basic message” into “bigger and better ways” of doing the same thing. Ignoring the realities of folks living in the “real world,” he made a big splash and made (obviously) a lot of money.

In my case, old frat boy Zuck forgot about knowing who the hell has an account with your “Family Apps.” I was constantly being “disrespected” by getting banned for really idiotic reasons, which, if it were a real business would have looked at my credentials and my “context of meaning” and allowed my communication to be posted. Nope. As we used to say when computers were first coming online: garbage in, garbage out.

Zuckerberg forgot about the “Family Apps” folks and concentrated on harvesting their personal info for profit and even got into “real estate ventures,” like Trump and those other honest guys. I got personally insulted too many times, and too many insulting algorithms and “harvests and pay deals to foreign countries who used this social platform for propaganda” made me angry about the entire Big Tech way of life. And, to be honest, not simply because they insulted me, as Trump and Musk are saying. No. Because “insult” is built into their product, you stupid ducks (or dicks).

Well, at least we know one thing is being saved. Mark himself can’t be fired.