How I Crafted “Imps” for an Anthology and Purchase

IMPS, a Professional Lesson in How to Craft a Horror Story 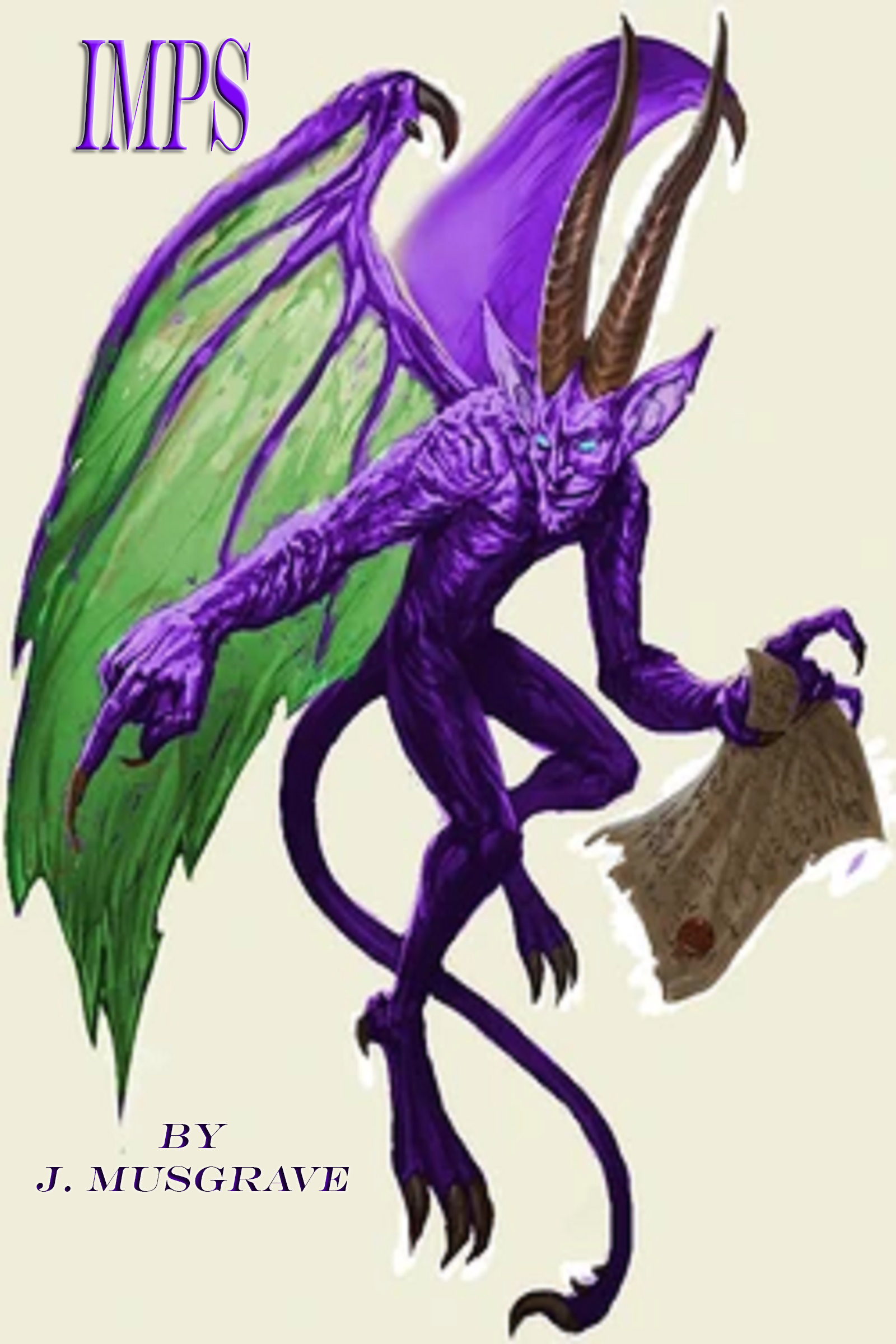 I want to give you a short lesson on how I learned to craft my stories. Specifically, this is a horror story. The assignment was from the editor of the anthology about witches, referencing the Salem Witch Trials in Massachusetts. She wanted stories that made witches and witchcraft the focus of the story. Here’s what I did to accomplish this, in the step-by-step way I did it. You may use any order in the steps that fits your personality and conscious/subconscious abilities.

Here’s a politically dangerous truth: all of reality is connected. It’s politically dangerous because most of the powers in charge of our Earthly reality never want other humans to know this. Why? Because they want to keep their power over you. Last time I checked, “hierarchy and hierarchical thinking” have led to every human conflict that ever existed on the Earth. If everything and everybody is connected then the hierarchy leaders can’t “divide and conquer,” which is their constant motivation in life. Think about it and get back to me before we destroy ourselves and our environment. In the meantime, on with my existential art show!

Knowing that I can connect anything I want in the unlimited universe (my belief as an artist), I first do my research to obtain the most inspirational images and ideas for my specific poem, story, and/or novel.

In this assignment, I chose the topic of “imps” as they pertain to witches throughout history. I found out that one folklore story told of how witches passed on their powers to their progeny, their daughters. I chose one mother/daughter pair to keep my story simple. In a novel, I might attempt to show a story about the entire history of witches and how different ones approached this same problem. Only a 3K word story … so, I used a mother, I named “Esther Brade” and her foundling daughter, “Hannah.”

With experience as a creative storyteller, you’ll realize that interesting opposites in character attract a lot of interest in the reader rather than stereotypes that practice similar ways and have non-contrasting character traits. In this case, my Esther is an “old school witch” (who was at the Salem witch trials!), and she is ugly, bad-tempered, greedy, and bossy. Her foundling daughter Hannah, however, is a “new school witch” (reader doesn’t find this out until my exciting climax and “twisted ending.” She is beautiful, flawless, artistic, and subservient to her mother (on the surface of reality).

So, I had my head full of my characters. I needed another “hook” for my story’s inspiration.

I found it in the following witch’s or “fortune teller’s” poem or chant:

To gain a husband, name known or unknown, Make your choice on a graveyard stone,

Quarter day’s night if there fare a moon, Pass through the church gate right alone;

Over the grave hold a steady hand, And learn the way the side crosses stand.

One is yourself, and your husband one, And the middle one need be named of none.

If they both on the middle cross have crossed, His name you win, and a year you’ve lost;

For he who lies in the namesake mould His soul has sold – or, he would have sold,

And you give a year which the dead may use, Your last year of earth-life that you lose.

Pretty cool, huh? This was used by actual practitioners to allow women to see what the name of their future husband would be. Of course, the same way some mentally ill folks obsess about the fact that they will die soon, and it comes true, these women subconsciously might look for a young man who has this name to make her “prophecy” come true. Or it could be magical! Who knows? I used it in my story because I thought it was very cool to add to my witches’ brew and plot. Remember: I make the connections I need to pull it off.

The place of your horror story is very important. In this case, I wanted to contrast the setting with my characters. I had earlier created a much longer story (10K words) about this same daughter character, Hannah Brade, in a short story published in another anthology. It was called Hannah Brade at the Alamo, and it is selling nicely. In this story, Hannah can’t remember her past at all, so the story I am creating now, about a possible past for her, can connect with this older story (connections, again), so I chose Liverpool, England as the setting for this present story I was crafting. Please note, old geezer that I am, the reader might be interested in reading both of my stories, so it’s also a good marketing idea! So, Liverpool and a poor wharf shack as witch Esther’s hideaway.

Step 3: Weave the Plot and Connect the Dots

This is the step that most beginning storytellers use as their complete method. Just telling a story is not enough, in my “old guy” opinion. Certainly, it is the most common method used, but it doesn’t make it a work that will “resonate” in the reader’s mind enough to make it last after the reader finishes. The “key” is to connect all the dots with your miraculous connecting imagination to do this. Words of caution they never tell you in writers’ schools: You must have this imagination ability to connect disparate elements of reality to provide interest. It really can’t be taught to you very well (like I’m now attempting to do). Sadly, like many great authors have tried to explain to would-be writers, “You either got it, or you ain’t.”

It takes many years of reading, reading as an author, and crafting stories to reach any kind of proficiency, in my opinion, although there are always exceptions to this, and I do see those all the time in popularity fiction. So, you must visualize the scenes in your plot and where you’re headed in the story. This becomes second nature to old hands at this task but beginning authors should probably write down exactly what they plan to do before they do it, keeping in mind that you can “change it” at any point you wish.

It’s called “re-vision (seeing again)” and writers like Joyce Carol Oates and Margaret Atwood are big on revision, and so am I, up to a point. If you make so many “additions” to your story after you revise, then the style and pace of the story can be affected in a negative way. Just a warning. You must be improving the story and not “weighting it down.”  My scenes were simple for my story Imps:

That’s about it. Oh, and if you want to read the final result before it’s published in the anthology (and get notified when the anthology is published in paper and digital formats), then purchase here. Note: You don’t have to login to Paypal. Simply click the “pay with credit card” button below the Paypal login button.