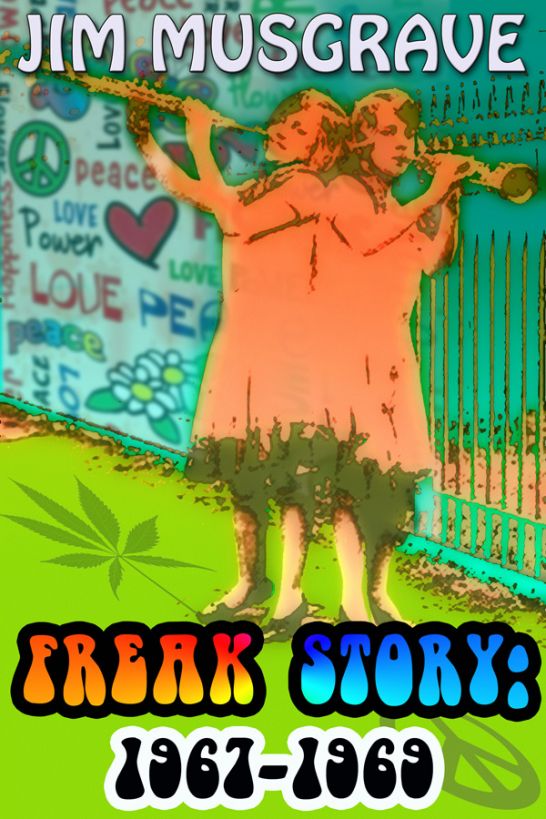 Hope you escaped Black Friday with your credit card intact. This theme is about books inspired by the “truth.” To be quite honest, I tried to escape the truth for almost half of my life. That’s right. Ingestion of mind-altering substances (including music) to attempt to keep from confronting my existential truth of what I actually lived. Perhaps you might have experienced similar confrontations. In the novel that is available in the above assortment of “truth-inspired” tales, my novel is included. It’s called Freak Story: 1967-1969.

The “true event/story” concerns the life of the Siamese Twins, and musicians, Daisy and Violet Hilton. Within the research of the “facts” about these two fascinating women, I also weaved my narrator and a plot that (in my opinion) reflects the 1960s, a time I actually experienced, and which was seen by many as one of the most confrontational periods in the world’s history. In fact, one might argue, we’re still fighting some of the same “issues” that were raised by my generation even today. Critics of my novel did not like my “stream of consciousness” writing approach, nor did they enjoy many of the scenes I expressed artistically. That’s what you get when you write as an artist writing literature that shows a “lesson” rather than just for escape and entertainment.

I can dig it. My hero authors are people and writers like Kurt Vonnegut, Jr., Shirley Jackson, Flannery O’Connor, Haruki Murakami, Franz Kafka, Albert Camus, and Joyce Carol Oates. You can get the idea, I suppose. Purely “escapist literature” I don’t personally enjoy at all, but I understand it’s not everybody’s “bag.”

My adult short fiction collection Valley of the Dogs, Dark Stories, which won a Silver Medal in the Reader’s Favorite International Contest, has many stories based on “true stories”; but again, I weaved my “message and plot” into the truth, so the reader might reflect and learn something about themselves by contrasting my characters and their actions with their own character and actions.

For example, I wrote a contemporary and literary story, “The Jain.” In it, a young U. S. Marine, with PTSD, is in his English class at community college. The instructor brings up the Jain culture in India, and shows a video about how this group of holy folks, the Jains, won’t harm any sentient beings. My marine, completely ignorant of the culture, looks up the Jain online and sees that the men called Skyclad Jains go around naked most of the time but women don’t. They also carve intricate scenes of male/female copulation on tall wooden structures that rise into the sky.

My marine proceeds to have a violent confrontation with his father, a career non-com officer, and Drill Instructor, who is basically a criminal and narcissist, and my disabled son/vet stabs his father over his father’s “activities” (although I don’t say he dies, as he’s stabbed in the eye by the son’s robotic prosthetic device). This young marine then says he’s going to India to become a Jain and the story ends with this poor guy’s internal vision of what he’ll do there. A clash of cultures, indeed, on many levels. I don’t think many “patriotically inclined military minds” would understand what I was trying to show as an artist by writing this story. Maybe some would, I don’t know. I was a son of a career military guy almost as patriotic as the father in the story, and I was, artistically speaking, portraying the son. As a writer, however, I know that an artist can only “hope” he/she is understood by the reader. Nothing is ever 100% certain. My only “issue” with today’s fiction is that it is often written to keep the reader “comfortable” as he/she/they read and not attempt to create “art.”

I hope you have an enjoyable holiday season with family and friends, and please take care of yourselves in these increasingly violent and awareness-provoking times.