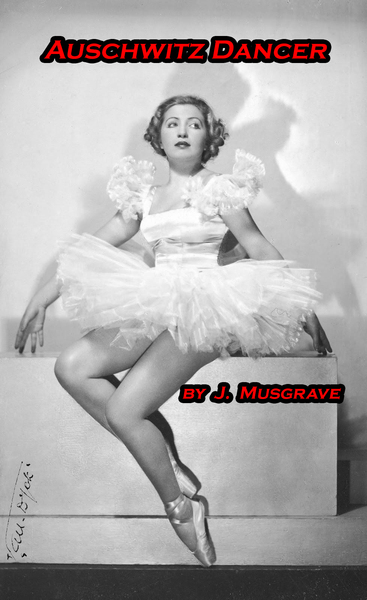 Getting down to “crunch time” for the holidays. Hope you’re keeping the peace and enjoying friends.

Time for my religious breakfast. Infinity Os, Oat milk, Anna Banana, and a little song dedicated to two women. The first woman,  Maura Franklin, is starring in the series 1899. She gets hauled away inside her mom’s and dad’s insane asylum and then they plug her in the neck with a hypo! Wowza. And, my hero, the Auschwitz Dancer, Franceska Mann, who leaves an insane asylum to come down to Earth in 1943 to make-up for past evil deeds! Wowza.

“They’re Coming to Take Me Away.” (you too?) Seriously speaking, I wrote a short story that’s in my award-winning collection Valley of the Dogs called “Communion.” It’s based on my aunt in Massachusetts who did have a psychotic break and was committed into St. Anne Hospital’s Psych Ward in Fall River, MA (my birthplace).

My serial subscribers are awaiting episode 3 in my series, so I keep my nose to the grindstone. Got a nice review from Israel already.

Tania Perry, who lives in Israel:

He does it again! Takes something from history/current affairs and sprinkles on some occult to create a provocative tale.
The symbolism of the butterflies should not be missed (look up ‘I Never Saw Another Butterfly’).

While this story is somewhat light in tone, it carries a very serious message. Frankie’s mission is to bring together husband and wife in Auschwitz for a conjugal visit to consummate their recent marriage. This is the best revenge against Hitler – to create more Jews!

Keep spreading the cheer and stay happy with you reading chores for the five percent who still read fiction in the world.