Violence According to a Pacifist 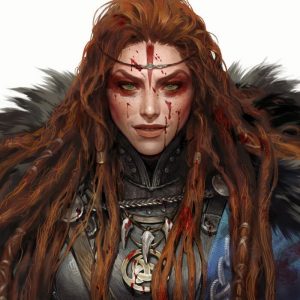 Chapter Eighteen in my Fantasy Fable, Orkidedatter. This chapter is one of the “rare” times when I address you (the reader) by name. Of course, as we all know, everything ever written is addressed to a reader, but the facade we put up is one of “reality” so as to trick you into believing you’re in somebody else’s head other than your own. Sorry. Jean-Paul Sartre and many others have already “condemned us” to be free. You can read it, but you might not think about it or even choose to finish it.

So, when I “mansplain” (love that term) the poem Lily writes (and I never even consulted the “real Lily,” which makes it even more “manly” of me), I am breaching my authority as an author. My defense is that the definition of “authority” is exactly what I am: an author. Therefore, ipso facto, whenever a human being states his her beliefs, he/she/they immediately become authorities, in an existential sense. As Dr. Seagraves believes, all of reality is simply “existence, consciousness, and bliss.” We are constantly attempting to figure out which one we’re experiencing and why.

Let me discuss what we face daily today. Violence. I’m not talking about the violence I show in “fabulous” form in my novel. Nope. Sex, of course, can be connected to violence, and it is violence when the victims aren’t “consenting,” but what about a simple “violent act”? This will be our discussion point for this chapter. Violent “actions.”

As a pacifist, violence affects me on every level. I see no intermediate method to prevent violence other than in me. My society has lost the boundaries, today, that used to protect us from being swept up in violent behaviors. What psychologists who study behavior say (as in the attached article) about violence is pretty common.

When the society (what Freud termed the Superego) begins to accept violent behaviors as a “coping mechanism,” then the families, schools, and the individuals involved have a more difficult time differentiating about how to cope with violent actions. Psychologists call that “normative behavior.” But is it normal today?

Why do I say “actions” when we all know there are many more steps involved before a violent act takes place? Ask any criminal law attorney. Because, philosophically and actually speaking, actions are reality and not words and/or abstract thinking about actions. This, if you want to know, is paradox #2 on my “tongue in cheek” list of paradoxes (it’s whimsical to me because I know there is a “dark side” to every act we do as humans, so the list of paradox is too huge to even measure quantitatively).

Okay, why do I say there’s a dark side to every human act? Because of what Criminal Law taught me about “intent” during the commission of an act. This is where it gets really “hairy” because we’re dipping into human consciousness that takes place 100% in the mind and not in actions. Even though this is fact, lawyers still must use “acts” and other possible related interests in order to prove intent. In fact, the so-called “insanity plea” has almost been relegated to a joke around court rooms, as it’s used so infrequently (except perhaps for wealthy clients) that it is seen as ludicrous. This is why we have a former president #45, Donald J. Trump, who has been acknowledged by over 50 psychiatrists (and his own niece) as mentally unstable, and yet he still fights on in a system that “values” status and monetary influence much more than mere “mental problems.”

When I taught Albert Camus and his novel “The Stranger” in a class, it was to discuss the social philosophy of Capital Punishment. Why? Because that’s what Camus was most concerned with as an author. He was vehemently against it.

The character of Meursault (jump into the sea) has no first name, although in an earlier novel “A Happy Death,” Camus called him Patrice. Many psychologists/psychiatrists label Meursault as a classic “sociopath.” Somebody who loses the ability to socialize and to take life seriously to the point of being mentally ill. I disagree.

Meursault, as I argue in my classes, “is a victim of society.” He is not the killer society believes him to be because he “chooses” not to play by its rules. He is, in fact, absurdly condemned in his trial (like Joseph K. in Kafka’s version of The Trial) for simply being who he is, a human being. Of course, the court attempts to condemn him for the actions he takes of shooting an Arab on the beach many times, but his defense attorney never poses the issue of ‘heat of passion,” as his so-called “victim” was armed with a deadly weapon (a knife), and he had used it on Meursault’s friend just minutes before. Nope. The court never took these issues into consideration at all. Simply because Meursault never showed “emotion” about his mother’s death, it was inferred that he had no emotion whatsoever about life and thus was a sociopath.

This brings me to the author’s main objective: to teach the reader about the cruelty of society in general. When the accused is without money, status, or social standing, he/she becomes an absurd victim of whatever the society wants to do with him/her. For example, once society begins to take control of your individual life, you can, quite easily, lose your unique individuality and get swept up in the “passion” of that violent society all around you. In other words, every human has the potential to become a “victim” once he/she chooses to act violently, unless society has given you “recognition” (armed forces service to that society) to take lives.

However, as Camus shows us, it’s the individual who gets blamed and put on trial, and many of the unique and extenuating circumstances are put aside for the sake of “mob rule,” as occurred, for example, during the French, Russian, and American revolutions, as well as most legal criminal courts in the world. Each trial is a “different ball game,” as they say, and the accused and victims are the ones who are on trial, subject to the avaricious and personal “whims” of the courts.

To some pacifists, such as I, war is a form of societal “Capital Punishment,” as the ones who carry out the tortures, distant killing/murders, and compounded catastrophes on humanity, only get “blamed” by the victors, in most cases, and never by the entire world.

I grew-up around the military. It’s in my “genes,” so to speak. Any arguments you may have to defend violent acts is okay by me. I can take it. I’ve heard it “every which way but loose.” I’m a big boy now. Let me hear your arguments. (If you’ve read my book, then you can discuss these and many more issues on the private Phorum free.)