Who will be the Last Messiah? 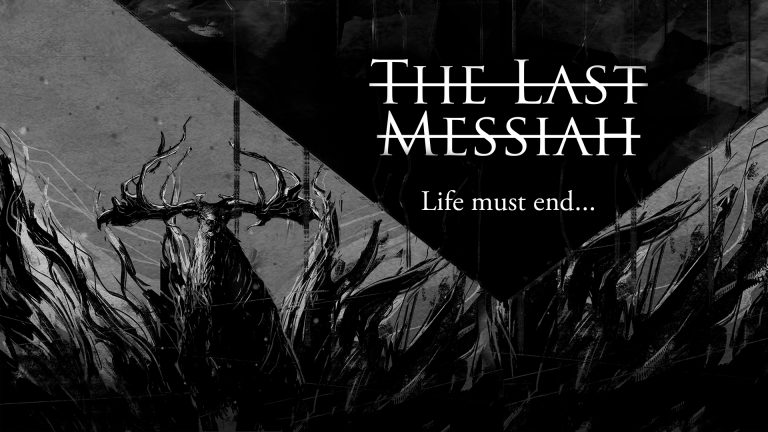 After reading this essay, The Last Messiah, by the Norwegian philosopher and author, Peter Wessel Zapffe, I was impressed most by the four categories of human responses he listed to the reality of what many Existentialist philosophers have termed “angst.” In fact, many of his fellow thinkers, like the post-war philosopher and novelist, Jean-Paul Sartre, parsed this dilemma of confronting conscience by giving it a colorful physical and emotional reaction. In Sartre’s case he called it “nausea” and proceeded to write an entire novel about this very human realization that one is quite alone and that one is the only person responsible for his/her actions. Society wasn’t responsible for the main existential dilemma, which was what Schopenhauer and Nietzsche tried to prove. It was humanity’s failure to see how its complication of daily life was the problem leading us to faster annihilation. Zapffe, in his own way, was also saying the same thing, but his essay added more of a psychological profundity to the existentialist’s dilemma. He, in fact, called himself a Nihilist and not a Pessimist. Knowing that one’s entire reality is what one chooses to do is quite a burden, to say the least. Thus, the quote by Sartre was that a human is “condemned to be free.”

In this essay, I want to show how the four categories, or types of repression choices: isolation, attachment (anchor), distraction (entertainment), and sublimation (transforming) are becoming most important to we who live in the “Information Age.” In the final section, I will explain my existential belief, which, after all, is the only “belief” that matters in the final analysis. In fact, even the title “Information Age” itself is a paradox that I’m certain Zapffe could appreciate. The concept that “information,” in the modern formula of “knowledge,” is what gives the members of any society a “power,” is quite ironic in many ways. Let me use Zapffe’s four categories to show how this irony is true.

Isolation, according to Zapffe, is the first of the four ways we repress the fact that death and obliteration are the only “goals” we all share together. They are the realities that are Nature’s answer to our greed and ignorance of Nature’s knowledge that adaptation and conservation are our keys to survival, not its opposite, which is what humanity finally chose. In fact, scientists recently stated that we have “nine years to turn back” our seemingly unending appetite for more and more acquisition of sensory distractions. To Zapffe, our first response is to ignore the reality of our dual nature of acquisition/destruction as the “two-edged sword of pleasure/doom.” This ignorance is something we see every day. As the “testers and experimenters,” the scientists, scream at us to limit our appetites, we continue to heed the small number of zealots, and leaders, who are, quite often, egotistical narcissists, autistic savants, Asperger mental cases, and even psychopaths. The world, quite often, is seen as being the “predators/survivors” and the “sheep/slaves.” Those in power know that “isolation” is the way most of humanity must learn to cope with their leaders’ greed, so these “deer with the biggest antlers,” encourage isolating behaviors in the multitude of ways we have of doing this in today’s modern world.

As the sheep bleat, “Help us, don’t destroy our environment,” the predator/leaders roar back, “There is no climate or over-development crisis, it’s all in your mind.” Or, they say, “We will find an answer for you with other kinds of scientific purpose besides limiting growth and consumption.” Capitalism and Socialism, political isolation methods, also negate the “doomsday scientists,” by saying these people are not being “one with God or understanding the Truth of Divine Intervention.” The never-ending scream of their rules of society becomes “Without our structured rules, we shall have unending chaos and anarchy!” Indeed. That’s one choice we’ve tried already, which proved to be a mere historical distraction, which will be discussed later.

Zapffe continues his ironic quest by covering the second method by which humans repress their responsibilities: attachment or finding an anchor in life. In fact, just look around in any so-called developed society. Its only real purpose is to give humans hope that what they do will keep them attached to whichever “process” or “trial” (in the Kafkaesque sense) that keeps them working for the hierarchy and rule-makers. What is paradoxical in the Twenty-First Century is that the biggest anchors (computers) are made of nothing tangible, the way anchors used to be earlier in the Industrial Revolution. Not that the earlier attachments were much less stressful or ultimately meaningless (we all die), but that people are conditioned from birth to “take a number” and follow the “Yellow Brick Road” to a pre-determined and unreal Oz.

This is a fantasy realm that only creates small wealth “oases” in a desert of greed, rather than pulling us all together to, one-by-one, collectively stamp out the need for psychological anchors and progress toward a healthy and humanistic sublimation (#4 repression). The idea, after all, might be better to become unattached, as many religious and philosophical gurus say, and blend all cultures (cultural relativism, as author Kurt Vonnegut, Jr. calls it) for survival instead of for wars, pollution, and even faster oblivion. No. We keep throwing out fantasy anchors that look good for a moment, in isolation (back to repression #1), but they are only there to lead us to slaughter, so to speak, on a much faster slaughterhouse treadmill (thank you Upton Sinclair).

The third method of advanced society repression is probably the only “tried and true method” modern powerful societies use to obliterate our pulling together. In a most ideal type of society that author Jared Diamond (Guns, Germs, and Steel) says is the most progressive society, Papa New Guinea tribes, they have few distractions from their culture’s purpose. The tribe uses everything (customs/rituals, hunting tools, agricultural methods, and population controls) to keep giving back to their environment rather taking more from it (as modern cultures have done). Modern computer-driven societies have even created political distractions, now called “wars” that can be fought as a “proxy” state and not as a country facing each other “mano-a-mano” as used to be the old-fashioned method of distracting ourselves by killing each other. In technologically distant, or distracting warfare, using missiles, drones, and soon robot soldiers, modern societies can distance death and conquering methods even more drastically. Do I need to even mention the “games and eye candy distractions” we’ve invented? Pornography is a multi-billion-dollar distraction, and super-hero blockbusters feed into the warfare dream of the ideal and noble hero, and on, and on. Or, quoting Vonnegut again, “So it goes.”

The fourth and perhaps “saving grace” repression method Zapffe covers, sublimation, alludes to the psychiatric term by Freud and others, which gives the human a chance to turn all three of the “repressive methods” into something worthwhile for the entire society. Examples of this are art that speaks and teaches the “truth” about societies that kill, destroy, and manipulate to separate societies and cultures for the top-level hierarchies’ major benefit.

Instead, the need for a “common, holistic good” is spotted and planned for, but it must be a world society in order save us from quick destruction. The “big question,” of course, is that will we destroy our hierarchies and thus destroy ourselves if we eliminate the first three repressions to keep the “pressures off” the “top dogs,” so to speak. Just looking at how greedy workers can also destroy a systematic altruism, like Socialism, is only one sublimation gone wrong. The concept of the purpose of change necessary to make a negative, escape or anchoring attachment into a positive worldwide achievement of balancing nature and human progress, can only happen with agreement between all peoples, in some manner.

Agreement requires all minds working as one to gradually eliminate the dangers of self-obliteration, so that the effort is real and not just another mirage or oasis to appease the masses, while continuing the meat-grinders, full speed ahead.

In other words, will Zapffe’s “Last Messiah” be another victim, called “messianic humanity,” or what Vonnegut called “Jesus the Robot who dies for our sins”? Or will it be our planet working together with cultural smoothness, relativity, and happiness to maintain the balance of Nature and Man, an existential goal that was placed before us long ago, when we chose, perhaps, a wrong direction?