Welcome to the featured page for the four volumes in the Detective Pat O’Malley Historical Mysteries.

All four of these titles have been accepted, vetted, and featured in the American Library Association’s Independent Authors Program. This means you can expect the highest quality content in fiction in the United States, as all of these books were carefully read and included in the public library system. I thank the ALA and its Library Journal for making this possible.

Choose from any of these locations to get the paperback book you want to order now:

As a service to subscribers of Author James Musgrave’s newsletter only.

One month subscription for choice of one paperback signing. Price includes tax and U.S. postage. After you pay, go to any series book or book on this website and copy and paste the name of your chosen book inside this special link to James by email. Also, if you want to pay by personal check, let him know in your email. Bookmark this page to return each month to click on this “special” email link to give your monthly choice of books.

Choose from any of these locations to get the name of the book you want to have him sign:

* All field with labels in red text are required fields. 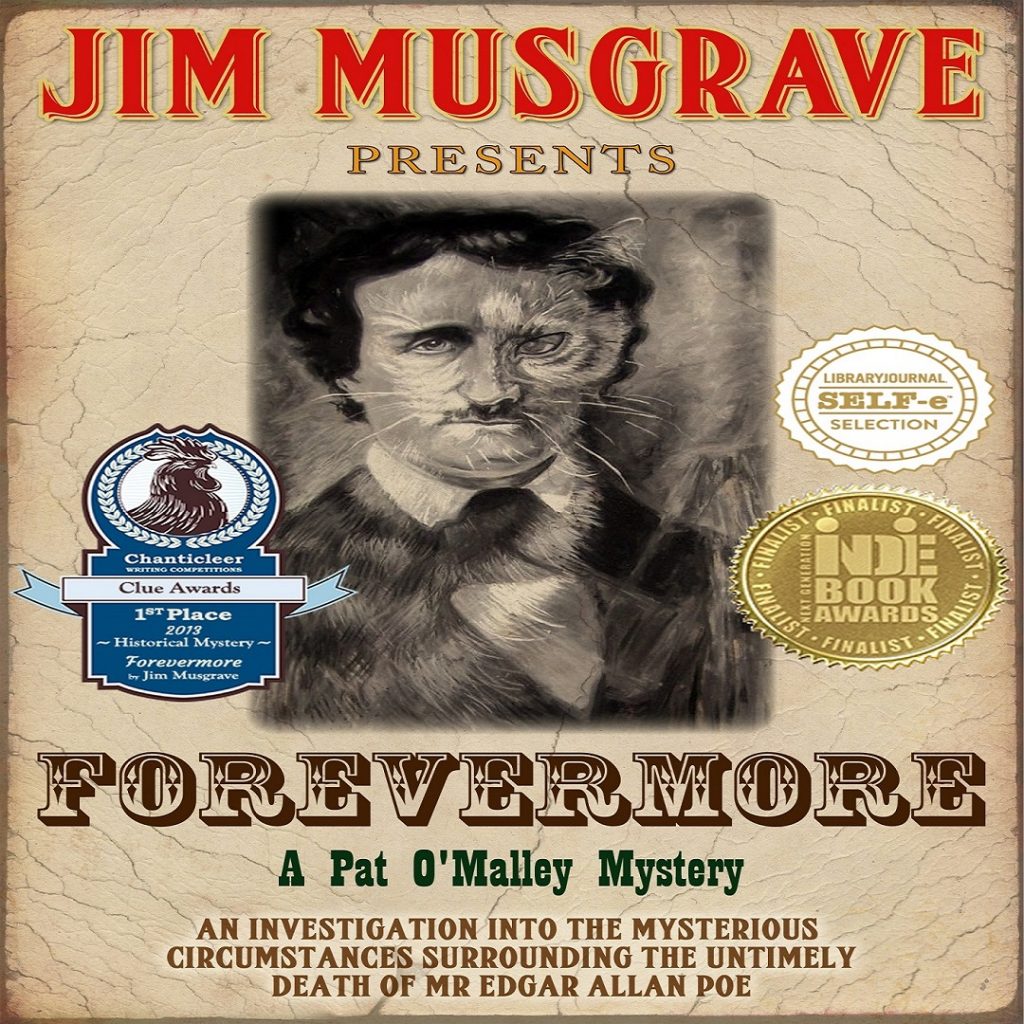 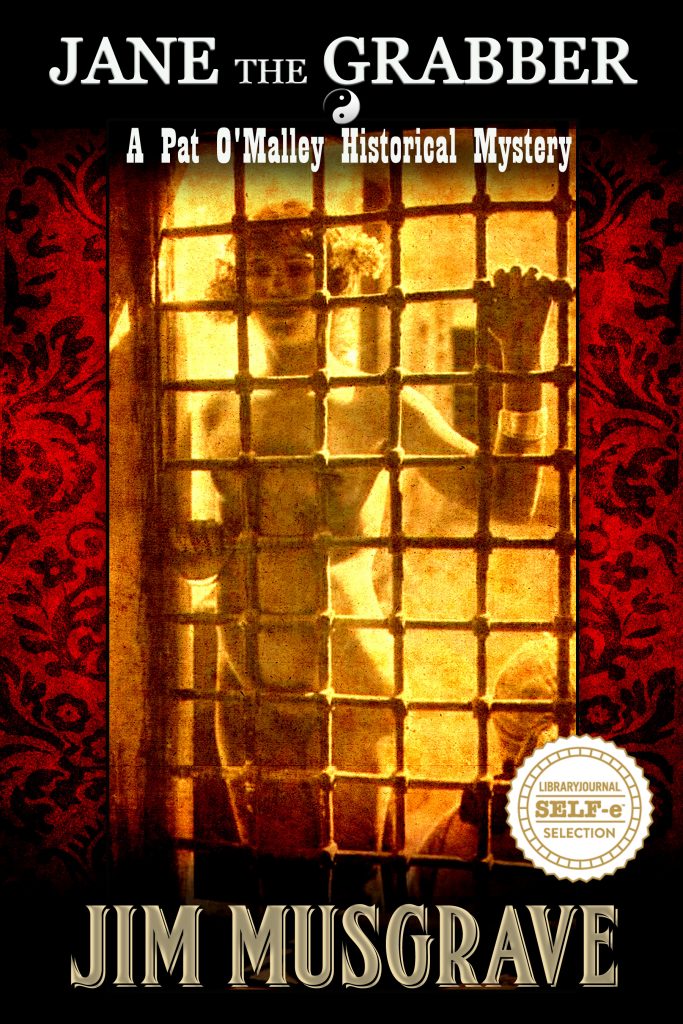 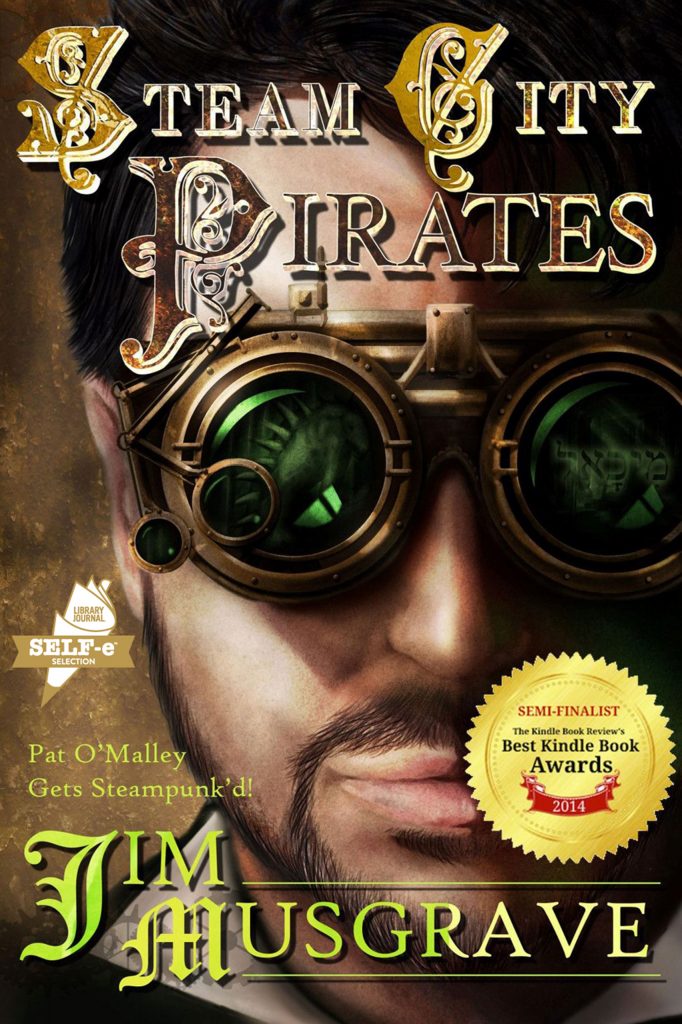 Buy with Paypal and Get Books eMailed to You! Get a Free Bonus Book from the Portia of the Pacific Series!

Patrick James O’Malley, 35, came with his father, Robert, and his brother, Timothy, to New York City from their home in Kilkenny, Ireland in the 1840s.  Kathleen, the mother, died in the famine.  O’Malley, like many of the poor Irish, served in the Union Army as a stand-in for a wealthy stock broker, so he could get an extra paycheck for his family back home.  After fighting alongside General William T. Sherman, as his orderly, O’Malley saved the general’s life and was awarded with the Congressional Medal of Honor as a result.  This medal was all he had when he came back to New York to live in 1865, but he was able to get lodging at the Edgar Allan Poe Cottage out on Fordham Road in the Bronx.  O’Malley had served as Poe’s manuscript messenger before the war, and his veteran’s status and connection to the Poe estate gave him free lodging for a year.  This is where O’Malley’s life as a detective begins.  He is visited by an apparition of his former employer, Poe, and O’Malley subsequently discovers a strange note affixed to the headboard in the bed where Poe’s tuberculin wife, Virginia, had died.  O’Malley decides to prove that Poe did not die a drunk in Baltimore, 1849, but, instead, was murdered.  O’Malley’s gifts of intelligence, valor and humor get him through a lot of difficult challenges in this series.  He is infused with a new-found ability of intuition thanks to his war-time friend and confidante, Rebecca Charming Jones.

Rebecca Charming Jones, 28, became a prostitute while attending college at Vassar.  She realized that she could make more money servicing the men than she could with a degree, so her small “business” led to a much larger one when the Civil War broke out in 1861.  Becky is the daughter of New York State Congressman, Edward Jones.  She is well read and is especially fond of Whitman and has studied the Transcendentalists and their philosophy of the Over Soul.  During the War Between the States, Becky gets lucrative, under-the-table contracts with generals to provide hookers to the troops, and she follows O’Malley’s Regiment through Sherman’s “March to the Sea.”  When she returns from the war in 1865, Becky sets up her brothel business in the Union Square Theater District.  She runs a classy business, and she provided all her women with medical care, contraceptives, and she also gives them the freedom to find their own “gentlemen callers,” as she like to refer to the johns.  Becky also teaches O’Malley, in the first mystery, how to use his intuitive abilities to solve cases, and this gives him a skill he desperately needs in his professional and personal life.  Charming also helps O’Malley solve the case in the Disappearance at Mount Sinai, as she is able to convince O’Malley’s father, Robert, to join with them in the infiltration of the sinister organization that leads them all down to Collierville, Tennessee.  In the third mystery, Jane the Grabber, Becky get into a “women’s civil war” with the most powerful and corrupt brothel madam in New York, Hester Jane “the Grabber” Haskins.  Haskins has the power of Tammany Hall behind her, and she wants to take over Charming’s business.  Becky and O’Malley join forces to discover an evil in Haskin’s business dealings that will ruin her reputation permanently, and restore the respect of “women’s work” to the female populace of New York City.

Walter McKenzie, 62, is the leader of the Hoboken Irish gang, the Plug Uglies.  Walter is at first a suspect in the Edgar Allan Poe murder of Forevermore, but when O’Malley finds out the corpulent leader wants to help him solve the mystery of the famous author’s demise, they become fast friends, and McKenzie becomes an associate and protector of the younger O’Malley.  McKenzie respects O’Malley for his hero status during the war, and he also has the street smarts to find out clues that O’Malley can never seem to understand.  Walter’s wife was murdered by a serial killer, so he overeats to compensate for his loss.  However, he is an excellent leader, and he provides O’Malley with some intelligent information in his sleuthing enterprise and often gives the Civil War vet direct assistance by providing him with the expertise from his gang members and from McKenzie’s vast knowledge of New York City’s gangs and the criminal underworld in general.

Robert James O’Malley, 63, is the father of Patrick, and he owns and runs three taverns in Five Points, the mostly Irish slum of New York City.  At the start of the second mystery, Disappearance at Mount Sinai, Robert is a lonely widower who is bigoted and cut-off from the rest of the world.  He believes the code of “Irish first” in Five Points is the proper morality, until his son, Patrick, and Becky Charming, get him involved in a case that involves confronting his prejudices directly.  This becomes the sub-plot of the novel, as the trio go together to attempt the rescue of the wealthiest man in America, Jewish inventor and philanthropist, Dr. Arthur David Mergenthaler.  As a result of his experiences down south with his son, Robert becomes more community minded and is elected alderman for his Five Points neighborhood.

Bessie Mergenthaler, 28, is the wife of wealthy inventor Arthur, and she is also the administrator of the new Mt. Sinai Hospital in New York City.  Bessie had an arranged marriage back in Germany, and her husband has ignored her sexually for years, so she becomes romantically involved with other men, including Detective O’Malley, in Disappearance at Mount Sinai.  She continues to be a part of O’Malley’s sleuthing activities in the third mystery, Jane the Grabber, as Bessie is an active member of New York’s feminist community headed by Susan B. Anthony and other leading suffragists of the era.  Bessie’s son, Seth, is also an important link to a mysterious supernatural group of “half-angel, half-human” figures called the Mazikeen.  Bessie believes it is a psychological problem with Seth, since her husband was the one who convinced the impressionable young man that they were both supernatural beings.  Bessie is an intelligent, loving and liberal woman who fights for women’s rights and assists Becky in her war against Jane the Grabber and her Tammany Hall political supporters.